The AIC were delighted last night to support a celebration of the 70th birthday of Irish composer Frank Corcoran. An event organised by Benjamin Dwyer in collaboration with the AIC and James Joyce Centre featured talks about Corcoran's work, as well as performances from Martin Johnson, Adèle Johnson and Alan Smale. Earlier this week, a Festschrift, a celebratory book, about the composer's life and work by Hans-Dieter Grüneman was launched by The Contemporary Music Centre.

Check out some photos of the event below. 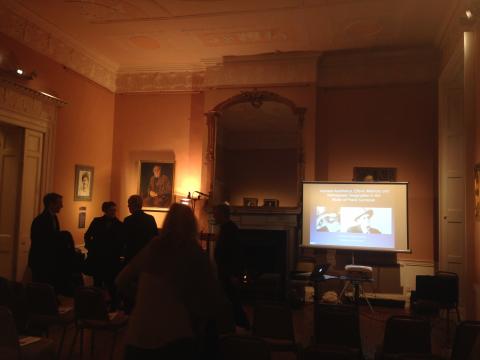 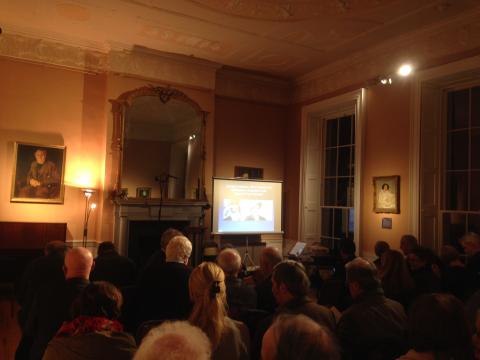 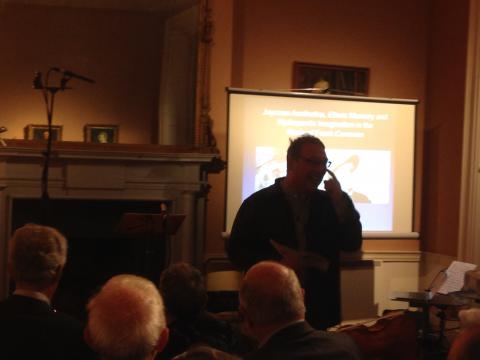 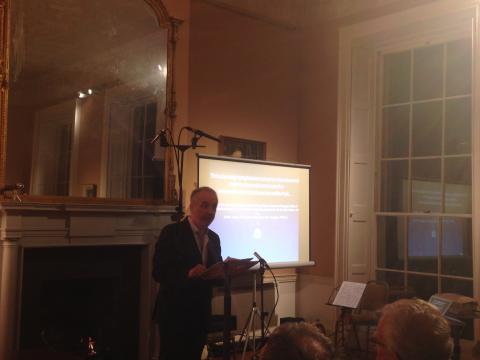 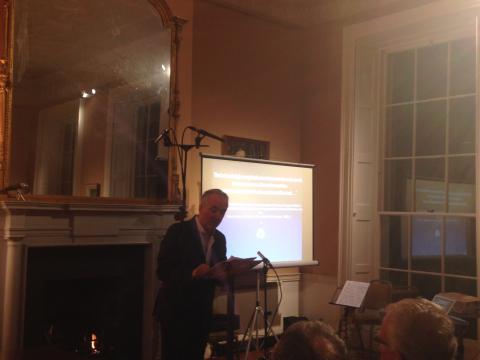 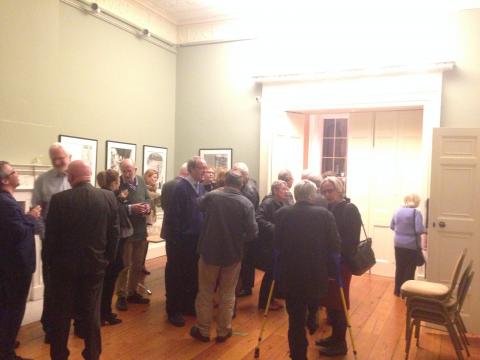 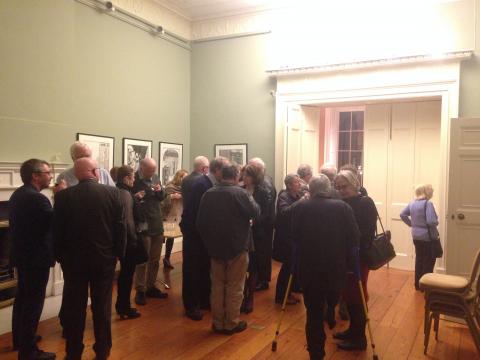 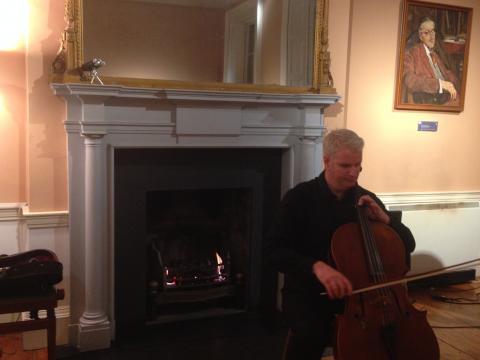 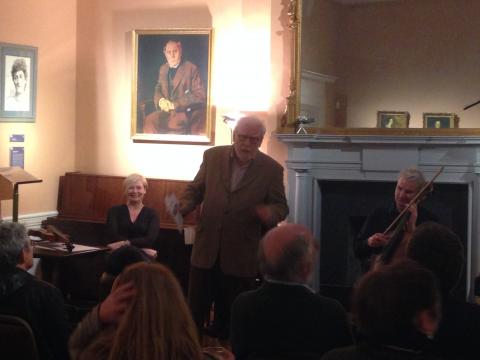 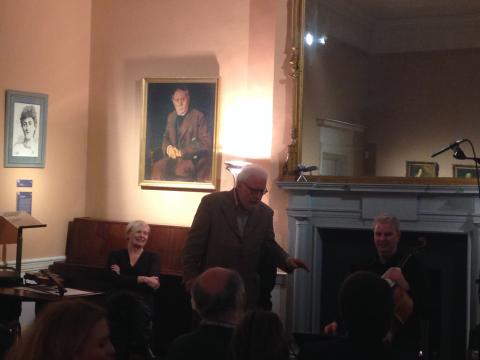 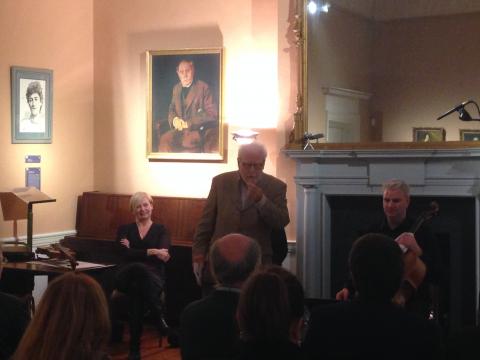 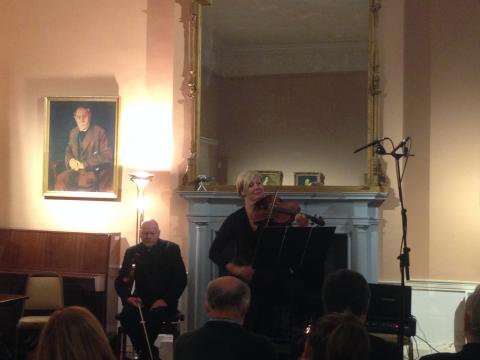 Born in Tipperary in 1944, Frank Corcoran studied at Dublin, Maynooth, Rome and Berlin. He was a music inspector for the Irish government Department of Education from 1971 to 1979, after which he took up a composer fellowship at the Berlin Künstlerprogramm in West Berlin. He is the only Irish composer whose 1. Symphony ( “Symphonies of Symphonies of Wind” ) was premiered in Vienna ( 1981 R.S.O. Vienna / Lothar Zagrosek .

In the 1980s, he taught in Berlin, Stuttgart and Hamburg, where he was professor of composition and theory in the Staatliche Hochschule für Musik und darstellende Kunst. He was a Fulbright visiting professor and Fulbright scholar in the U.S. in 1989-1990, and has been a guest lecturer at CalArts, Harvard University, U.W.M. Madison and Milwaukee, Princeton University, Boston College, New York University, N.Y. Fredonia and Indiana University.

His output includes chamber, symphonic, choral and electro-acoustic music, through which he explores particularly Irish issues like language and history. He has worked with text by the poet Seamus Heaney, in the chamber piece Mad Sweeney (1996), and by the Irish-language writer Gabriel Rosenstock.

His Joycepeak Music won the 2006 StudioAkustische Kunst, Cologne, in 1995. In 1999, his piece Sweeny´s Vision won first prize at the Bourges International Electro-acoustic Music Competition and his Quasi Una Missa won the 2002 EMS Prize, Stockholm. 2011 Sean Ó Riada Prize at the Cork International Choral Festival. 2013 First Prize Outright with the International Foundation For Choral Music ( with his EIGHT HAIKUS ) . He is a founding member of Aosdana, the Irish Academy of the Arts which honours artists whose work has made an outstanding contribution to the arts in Ireland” >Aosdana . He lives in Hamburg and Italy.