Photos and videos of Benjamin Dwyer at soundSCAPE

Professor Benjamin Dwyer was the fourth annual Irish Artist in Residence at the 2016 soundSCAPE summer festival for new music in Maccagno, Italy. During his three-day residency, Dwyer presented a lecture entitled "Traditional Irish and Postmodern Contours in the music of Gerald Barry, John Buckley, Roger Doyle and Frank Corcoran", featuring "Piano Quartet #1", "I am wind on sea", "Quasi una Missa" and "Under the Green Time", respectively. He also met with composition students for private lessons, taught a guitar master class, and performed a solo guitar recital. 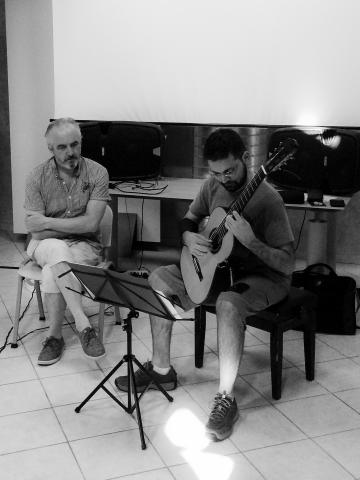 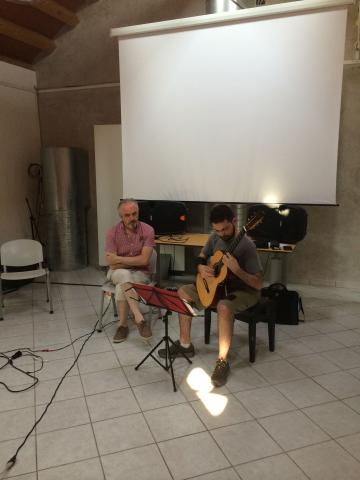 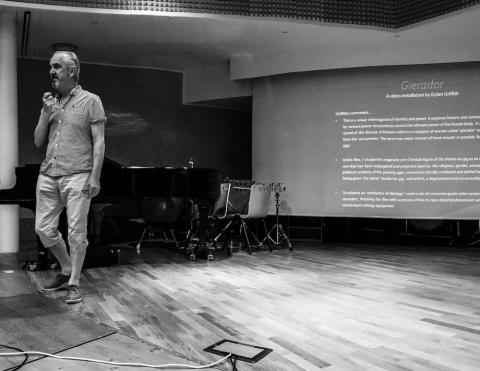 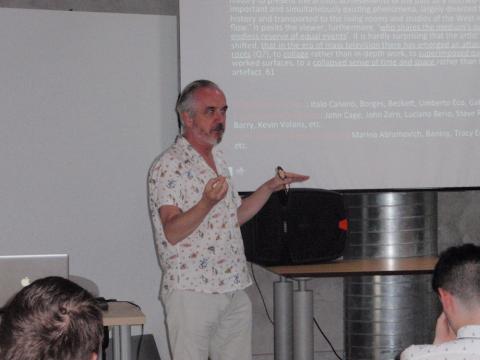 "Benjamin really engaged with the students; they were very eager to hear his performance, and spent many subsequent hours in discussion of Irish music, and the extended performance techniques which he masterfully presented in concert. We look forward to continuing this wonderful partnership with the CMC and AIC for 2017!" Nathanael May, soundSCAPE artistic director