The AIC Music Current Bursary recipient Elis Czerniak has written a short report about his experience about the festival:

"This year's Music Current Festival, presented by Dublin Sound Lab and hosted by Contemporary Music Centre, took place May 27th-29th and it was an absolute pleasure to be involved. The programme was made up of four concerts spread over the three days and consisted mainly of acousmatic music paired with different elements both live and visual. The exception of this was the Bremen based group KLANK’s premier Dublin performance on the Friday evening which contrasted nicely by being fully instrumental and improvisational.

The first day began with a presentation by the festival composer in resident Christopher Fox, which mainly focused on his experience with electronic music composition and his collaborative work with Bob Gilmore and Trio Scordatura. Subsequently the six participating composers (Desmond Clarke, Francis Heery, Edmund Hunt, Silvia Rosani, Steven Whiteley and myself) were invited to workshop and showcase compositions specifically written for soprano and electronics. The CMC library provided a perfectly intimate setting for composers, mentors and performers to become familiar with each others aesthetics and discuss important matters such as social, political and performative aspects not just in our own work, but in contemporary music as a whole.

This day ended with the Vox Electronica concert in Smock Alley’s Boys School Theatre in which festival performer Elizabeth Hilliard took on the prodigious task of performing an hour and a half of solo vocal music (some with electronics) including new and old works by Christopher Fox - Sea to the West and Catalogue Irraissoné - as well as Kaija Saariaho’s Lonh. Seeing Elizabeth perform was truly inspiring and assured me, and the other composers, that our pieces would be in safe hands. 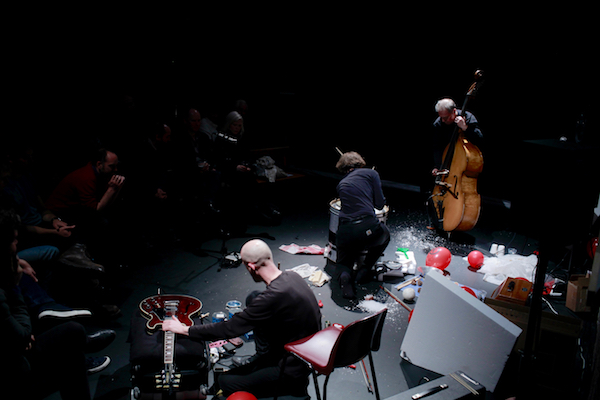 The initial workshop (the following morning) in which the participating composers exhibited ideas and processes behind their pieces was incredibly insightful and displayed numerous ways of approaching composition with electronics. Each piece used unique and intricate ways of dealing with acousmatic sound, from live processing to pre-divised sampling, however the unifying element within each was the aim to bring the music to a place organic instruments could not reach alone; to complement and extend the natural timbral components of the voice. We were very lucky to have soprano Elizabeth Hilliard as a collaborator and performer for the duration of the festival. The commitment and professionalism she displayed whilst reading through, discussing, workshopping and performing our pieces was immense throughout as there was much to get through and limited time to do it.

These works were then performed on Saturday afternoon at the New Voices concert. The six pieces book ended a new commission from last years Music Current composer Anna Murray. Her piece S:NP-VP-NP for harpsichord and electronics was majestically performed by Michael Quinn with Fergal Dowling manipulating live sound through a MaxMSP processing unit. The concert as a whole was a huge success, with very little technical issues (which is a rare occurrence for technology reliant concerts) as the programme ended up being perfectly balanced and complementary.

Another highlight of the festival was the panel discussion hosted by the CMC aptly named, ‘Are You Talking to Me?’, which discussed the relationship between composers, performers, promoters and listeners focussing on the audience’s perspective. This discussion mainly revolved around the problems of the music industry, what the public wants to hear and how to educate younger audiences about new music in order to draw bigger crowds, and, like most conversations on these topics, it became quite passionate with many differing views sparking up a very interesting and informative debate on the musical climate that we live in." 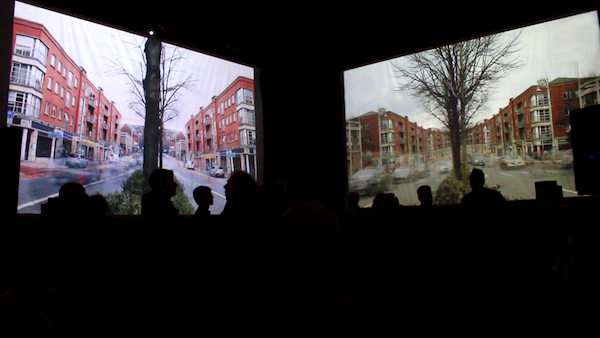