In Conversation: identity and Irishness

Jennifer Walshe will take part in our new In Conversation series, talking about identity and Irishness in her work. Identity has formed a core part of Walshe’s artistic explorations: as well as the creation of Aisteach, Walshe developed Grúpat, a project in which she has assumed twelve different alter egos and created compositions, installations, graphic scores, films, photography, sculptures and fashion under these alter egos. Jennifer will be joined by writer Rob Doyle, author of Here Are the Young Men and This is the Ritual.


In Conversation is a new series of events by the Association of Irish Composers, as part of their dedication to creating new media for discussion and presentation of new music. In Conversation provides opportunities for composers, performers, presenters and the public to get together to discuss aspects of new music openly over a decent coffee. Events will include talks and presentations by guest composers and performers, panel discussions, listening sessions and opportunities for students and researchers in new music to present their work.


Admission to In Conversation events are free, though places are limited so early arrival is advised.

Part of the Irish Composers on Irish Music series, supported by Arts Council Ireland and IMRO.

About Jennifer Walshe
“The most original compositional voice to emerge from Ireland in the past 20 years” (The Irish Times) and “Wild girl of Darmstadt” (Frankfurter Rundschau), composer and performer Jennifer Walshe was born in Dublin, Ireland. Her music has been commissioned, broadcast and performed all over the world. She has been the recipient of fellowships and prizes from the Foundation for Contemporary Arts, New York; the DAAD Berliner Künstlerprogramm, the Internationales Musikinstitut, Darmstadt and Akademie Schloss Solitude among others. Walshe has written a large number of operas and theatrical works, including XXX_LIVE_NUDE_GIRLS!!! an opera for Barbie dolls, available on DVD from Mere Records, and Die Taktik, for the Junge Oper Stuttgart. www.milker.org www.aisteach.org


About Rob Doyle
Rob Doyle's highly acclaimed first novel, Here Are the Young Men, was published in 2014 and chosen as a book of the year by the Sunday Times, Irish Times, Sunday Business Post and Independent. It was recently selected as one of Hot Press magazine's '20 Greatest Irish Novels Since 1916'. Doyle's second book, This Is the Ritual, was published earlier this year by Bloomsbury and the Lilliput Press. His writing has appeared in the Guardian, Observer, Irish Times, Dublin Review, and elsewhere. 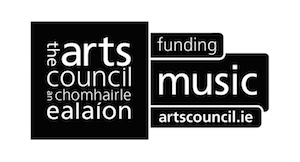